Voices of The Past

Patrick Henry, one of the noblest of our Founding Fathers said, “It cannot be emphasized too strongly that this great nation was founded, not by religionists, but by Christians; not on religion, but on the gospel of Jesus Christ.”

James Madison, the author of our Constitution said in his proclamation of a National Day of Thanksgiving in 1815, “No people ought to feel greater obligations to celebrate the goodness of the Great Disposer of Events and the Destiny of Nations than the people of the United States of America.” 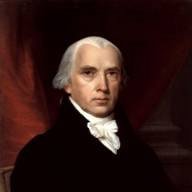 Abraham Lincoln was presented with the gift of a Bible by a group of African-Americans then said, “I believe the Bible is the best gift God has ever given to a man. All the good from the Savior of the world is communicated through this Book; but for the Book we could not know right from wrong. All the things desirable to man are contained in it.

He further stated, “We have been the recipients of the choicest bounties of Heaven; we have grown in numbers, wealth and power as no other nation has ever grown. But we have forgotten God. We have forgotten the gracious hand which preserved us in peace and multiplied and enriched us, and we have vainly imagined in the deceitfulness of our hearts, that all these blessings were produced by some superior wisdom and virtue of our own. Intoxicated with unbroken success, we have become too proud to pray to the God that made us.” 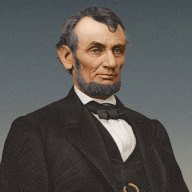 Daniel Webster said, “If we abide by the principles taught in the Bible, our country will go on prospering and to prosper; but if we and our posterity neglect its instructions and authority, no man can tell how sudden a catastrophe may overwhelm us and bury all our glory in profound obscurity. Lastly, our ancestors established their system of government on morality and religious sentiment. Moral habits, they believed, cannot safely be trusted on any other foundation than religious principle, nor can any government be secure which is not supported by moral habits.”

Webster further stated in his address to the New York Historical Society in 1852, “ if we and our posterity…live always in the fear of God and shall respect His Commandments… we may have the highest hopes of the future fortunes of our country…But if we… neglect religious instructions and authority; violate the rules of eternal justice, trifle with the injunctions of morality and recklessly destroy the Constitution which holds us together, no man can tell how sudden a catastrophe my overwhelm us and bury all our glory in profound obscurity.” 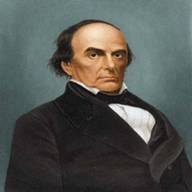 Thomas Jefferson wrote, “God who gave us life gave us liberty. And can the liberties of a nation be thought secure when we have removed their own firm basis, a conviction in the minds of the people that these liberties are a gift of God? That they are not to be violated but with His wrath! Indeed I tremble for my country when I reflect that God is just; that His justice cannot sleep forever. Yes we did produce a near perfect Republic. But will they keep it or will they in the enjoyment of plenty lose the memory of freedom? Material abundance without character is the surest way to destruction.”

Jefferson also stated, “ I shall need too, the favor of that Being in whose hands we are, who led our fathers as Israel of old, from their native land and planted them in a country flowing with all the necessaries and comforts of life; who has covered our infancy with His Providence and our riper years with His wisdom and power, and to whose goodness I ask you to join in supplications with me that He will so enlighten the minds of your servants, guide their councils, and prosper their measures that whatsoever they do shall result in your good, and shall secure to you the peace, friendship, and approbations of all nations.” 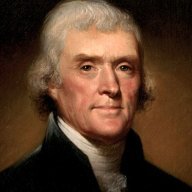 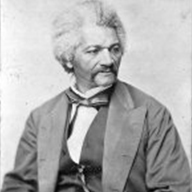 The Reverend Fredrick Douglas, a great and noble man of God once said, “I have one great political idea… The best expression of it I have found in the Bible. It is in substance, “Righteousness exalteth a nation: sin is a reproach to any people.” (Proverbs 14:34) This constitutes my politics, the negative and the positive and the whole of my politics… I feel it my duty to do all in my power to infuse this idea into the public mind.”

As stated above by Thomas Jefferson as well as many others of our Founding Fathers they could plainly see the distinct parallels that exist between Ancient Israel and our own nation. It is firmly believed by impartial and judicious readers that many of the prophecies given to Ancient Israel were intended for our nation as well. Therefore I am using many scriptures throughout this work (all taken from the 1611KJV Bible) which spoke to Israel and Judah in their final days, which also speaks to our nation today. Because of this I will use the name America in (parentheses) in some of the scripture I use throughout this work. When Jeremiah spoke to Jerusalem according to chapter 2 v13 and 21 saying “For my people have committed two evils; they have forsaken me the fountain of living waters, and hewn them out cisterns, broken cisterns, that can hold no water”, he was also speaking to America today. Remember Abraham Lincoln said of our nation in the 1860’s, “We have forgotten God.” The Apostle Paul told us, “All scripture is given by inspiration of God and is profitable, for doctrine, for reproof, for correction and instruction in righteousness…” Timothy, chapter 3 v16. Jeremiah further speaks to Israel (America) and says, “Yet I planted thee a noble vine, wholly a right seed; how then art thou turned into a degenerate plant of a strange vine unto me?” For though thou wash thee with niter, and take thee much soap, yet thine iniquity is marked before me, saith the Lord God. Jeremiah 2:21-22. Isaiah said …O my people, they which lead thee cause thee to err; and they that are led of them are destroyed. Isaiah 9; 16. Isaiah also said, “ah sinful nation, a people laden with iniquity, a seed of evil doers, children that are corrupters; they have forsaken the Lord, they have provoked the Holy One of Israel unto anger, they are gone away backward. From the sole of thy foot even to the head there is no soundness in it; but wounds and bruises and putrefying sores… Isaiah 1 v 4-6For among my people are found wicked men: they lay wait as he that setteth snares; they set a trap, they catch men. As a cage is full of birds, so are their houses full of deceit; therefore they are become great and waxen rich. They are waxen fat, they shine: yes they overpass the deeds of the wicked; they judge not the cause , the cause of the fatherless, yet they prosper, and the right of the needy do they not judge. (Is this not a spiritual portrait of Congress?) Shall I not visit for these things? saith the Lord; shall not my soul be avenged on such a nation as this.

Well indeed the Lord did avenge Ancient Israel for their sins. Their punishment from the Lord was found to be a fulfillment of the prophecy of David according to Psalms chapter 9 v 17 “The wicked shall be turned into hell and every nation that forgets God.” They completely lost their nation when Jerusalem was besieged in 586 B.C. by King Nebuchadnezzar the King of Babylon and the city was burned to the ground and King Zedekiah and all his house hold were carried captive into Babylon. Israel had been losing their status among the nations of the world for at least 150 years prior to this, much the same way our nation has been losing its high position of honor and glory among the nations of the world over the last 10-15 years. Please listen to what Paul Harvey had to say many years ago and see if this has proven to be true.

As I taught in my message Sunday September 19th 2016, the scripture gave a clear path back to God when their nation was in high distress because of the sins of the kings of Judah leading them into idolatry. The northern Kingdom of Israel had previously been destroyed by King Sennacherib of Syria in 722 B.C. and Judah could not learn from that experience. How sad! Are we on that same path that Ancient Israel followed? It certainly appears so. History is a wise and powerful orator that cries out to every succeeding generation. Will we in America heed its voice or will we continue in our ungodly ways as a nation and face the same dreadful end that Ancient Israel experienced?First as a nation we need to wake up and be realistic as to how we got in the trouble that we are in at this time.

When we do, it should be obvious that our political and business leaders have been the reason for our rapid moral decline. Among our political leaders our liberal judiciary system beginning with the Supreme Court has been the main culprit. In 1947 the Supreme Court determined that a simple prayer and bible reading were unconstitutional. In other words they began to systematically kick God out of our nation and every since they are becoming more and more aggressive in their efforts to completely remove Him from our culture just like Ancient Israel did in the days of Samuel. Yes our nation is on the precipice of Hell. However there is hope by reason of the promise God made to Israel in the days of Solomon. In 2nd Chron. 7th chapter and 14 th verse we find where the Lord said, If my people which are called by my name shall humble themselves and seek my face, and turn from their wicked ways; then will I hear from Heaven, and will forgive their sin and heal their land.”